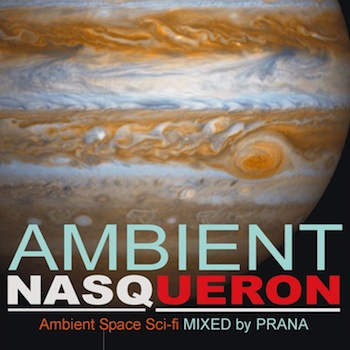 Inspired by the travels of deep seer Fassin Taak, the hero from the Ian M Banks science fiction novel “The Algebraist”. Ambient Nasqueron is an imaginary soundtrack depicting Fassin’s extroardinary experiences in the clouds of the gas giant Nasqueron (akin to Jupiter) where much of the novel takes place.

No acoustic instruments were used in the making of Ambient Nasqueron. Layered synthesisers created rich textures to depict the thick, dark atmospheric themes of the novel. Read more at bottom of page.

Best price from Bandcamp Store only $5.00

Notes by Johann Kotze, composer and producer of Ambient Nasqueron 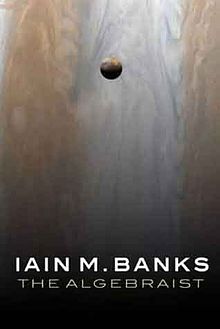 The epic space opera novel The Algebraist by Ian M Banks is so imaginative that I have had to be, in retrospect, bold, naive and arrogant to think I could create a worthy soundtrack for (parts) of it 🙂 On the other hand, as I’m listening to my album now, writing this note, I sense the ambient space music compositions does capture a bit of the some of the scenes in the book.

As an ambient composer who is also a yoga teacher I am influenced by meditative states. So you’ll hear lots of wide gas cloud travels and open spaces rather than noisy drama and war – you’d have to read the book to get a real feel of its magnificence. A reviewer wrote in 2004 “Imagine that you are sitting comfortably, and that you are being told a great and tangled adventure story set in the far reaches of the galaxy and the spaces beyond, in which human beings are relative newcomers to a pan-galactic capitalist über-state, where other beings of various degrees of sentience and every conceivable physical peculiarity thrive not only upon solid planets and moons but also within regions of interstellar dust and the storm-swept mantles of gas-giants…” http://www.theguardian.com/books/2004/oct/23/sciencefictionfantasyandhorror.iainbanks

Unless you are a fast reader it will take you much longer to finish the book than the 70 minutes playing time of the recording. I read an hour or so every day or so, over weekends, late at night. Took about a year to complete. Else one would have to take a month (or two) off and read the whole thing in one go. At least read a synopsis of the plot on Wikipedia and consider buying the book. http://en.wikipedia.org/wiki/The_Algebraist