According to the ancient yogic mystics the universe is a mysterious collection of energetic forces that cannot be understood by the rational mind alone. According to this tradition “everything that is” is derived from the original source energy of all life. The yogi’s named this energy PRANA. They taught that this life force can only be understood in deep meditation.

The yogic universe is governed by this energy, which caused the birth of planet earth and the evolution of the rich tapestry of life it supports. Hence the essence of yoga is found in nature, an essence that resonates in the fabric of every living cell on earth and in our bodies. Each cell in our bodies and minds, forms a microcosm of the universe without, of earth, the other planets orbiting the sun, the hemispheres and galaxies of outer space, and the universe itself. 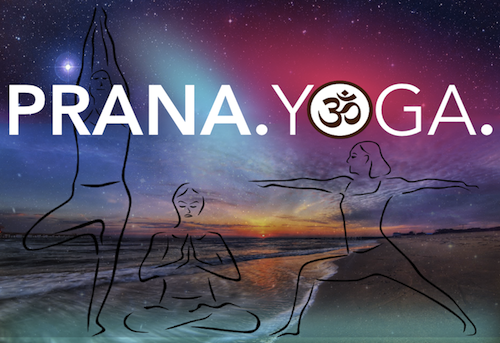 Nature is energy in motion, an invisible power that, according to yogic tradition as well as many physicists, allows the universe to expand and contract in constant flux. This force is visible in the ebb and flow of the tides of the ocean, influenced by the moon. Nature reveals that life is cyclical; day follows night, night follows day, action follows inaction, inaction, action. Crops grow according to the seasons, and the course of the planets influences the course of our lives.

Creating harmony between the inner and outer cosmos is the aim of yoga: it seeks to unite and balance forces in man. When the being – body, mind and spirit – is in harmony with the natural flow of the universe, the Tao of the heavens energizes, protects and guides us. Life becomes a journey of consciousness along the Way, and allows us to stumble without falling, to fly without losing touch with the earth.

Because nature “just is”, a reflection of “all that is” inside us, we can learn so much from it. Yoga rooted in an awareness of this conscious awareness, symbolized by the practice of its discipline centered in breath and meditation practices, revered as the gateway to the inner world that is a mirror of the outer world. The breath is a direct link to pure life force, a kind of high octane energy source. This pranic connection is accessed in a deep experience of the senses, in accordance with but not dominated by the mental world. A potent alchemical mix develops in a state of open-heartedness, as only a meditative mind can grasp that “it is within as it is in heaven”, that eternity, as Blake so eloquently put it, “in a grain of sand”.

Ancient Christian mystics and countless cultures and civilizations communed with nature to gain insight into this mystery, like the ancient yogis before them, led by intuition as the primary tool for observation. We too can swim in the ocean of  life and surf the waves of love when we become one with our own nature. With hearts and minds open to the pull of life and love we can accept change, chaos and uncertainty as the only constants. Then we can celebrate life for all its aches and glory, and live, yearning for greater understanding without the need to know it all. True wisdom is illuminated by nature as well as by science. We can understand the tremendous, vast scope of life when we hear the roar of the sea, feel the sweep of wind in our faces, see the vistas of a night sky, the sunrise over a desert landscape. There is great beauty in the monochrome landscape of a tree in the snow. And when the wintry light yields to the sun and colors of spring, when the stark Zen of the silhouetted image of the leafless trunk makes way for the new growth of a new season. Great joy can be found in spring’s trumpet call of new beginnings and new life, a celebration of the rhythm of life. As seasons come to pass, they bring on the decline and eventual passing of all mortal life forms, teaching that rhythm of the cyclical nature of the cosmos, “dust returning to dust” as an expression of graceful honour, not a morbid, rusty old cliche of decay.

Bliss, the yogic state of peace on earth, exists within ourselves, in “our Buddha nature”, in our true selves. Here exists the terrain of the inner world in which one attains a state of being that is more about consciousness, less about intellect and doing. A tree grows because trees grow, not because it “thinks it is a tree and therefore is a tree”. Steeped in deep, conscious connection with Prana, the life force fabric of nature and our being, we can nurture and sustain life. In this universe we can accept challenges as part of the growth process, chaos as part of order, and the sublime as a beacon of love and light.

Feature article published in Odyssey magazine, February/March 2008
FREE Download “As it is in Heaven” part of  the mp3 Podcast “Gifts of Yoga”