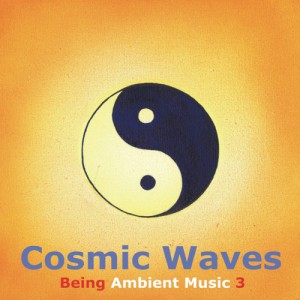 Ambient music to help you reach clear, calm and expansive states of consciousness.

Cosmic Waves is a celebration of creation with slow, wave-like musical patterns of swirling, lush, ethereal synthesizer and piano melodies that create beautiful and soothing music. The two musical themes of the album, Deep Mind –  inwards expansion, and New Beginnings – the outwards expression of the inner centre, is represented by the yin-yang symbol of the cover image. This is the wheels-within-wheels, wave-like motion of the universes that the music of Cosmic Waves suggests, or triggers with continuous interplay of inwards expansion and gently dramatic outer expressions of the inner awakening. Awareness of the inner and outer worlds, the one within the other, microcosm within macrocosm, helps break down the barriers that limits ones perception of ones multi-demntionality potential in mutlti-dimentional realities. Read about the origin of the yin-yang symbol in my blog about the Tao.

for yogis, meditators and healing spaces. Being Ambient Consciousness Music compositions and frequencies are beneficial for any healing practices and stress release. The sounds may help the listener work more productively and creatively, and sleep better.

I recreated some themes from this album with blended ocean sounds for the album Ambient Ocean.

Cosmic Waves has great cinematic potential;”Deep mind (A Universe Within)” has been used for a soundtrack for a space video used at leading UK planetarium at Birmingham.

Your free gift: Deep Mind (A Universe Within)